The Santa Barbara Maritime Museum’s most recent lecture, “The Surfer and the Sage: A Guide to Survive and Ride Life’s Waves,” featured former World Surfing Champion and amongst the top surfers of the century, Shaun Tomson, and Pulitzer Prize-nominated poet-philosopher Noah benShea. They met through a mutual friend, and five minutes into a lunch together at Montecito, Noah proposed that they write a book together titled “The Surfer and the Sage.” The ideas for the book developed instantly. Noah described the incident as meeting an old friend for the first time, an understanding of two individuals who wanted to make a difference in life.

The structure of the lecture was Shaun sharing his learnings through his surfing experiences, which were then refined through Noah’s sage-like reflections.

Shaun made the allegory of surfing to riding life’s waves, and that he wanted to help people no longer feel powerless, swept away by nature’s forces. Noah added: “No one ever stood on a surfboard who didn’t fall off.

Shaun visited schools to promote his message of “I Will”: Powerful statements that declare your ability to achieve your goals. “I will face my fears.” “I will take charge of my life.” “I will create opportunities for myself.” Noah observed: “When you look at what was the transformation in these kids, let us bring home that the ability to be other-loving requires you to be self-loving.” Do not kiss your children so they will kiss you back but so they will kiss their children and their children’s children. Teaching and parenting are life’s gifts of getting what you give. “Give yourself love, caring, honesty and then you will be amazed at what you can give others.”

Shaun shared a story of riding a wave in South Africa called a “One Eye.” His friend claimed that the name is due to the tubular-shape looking like an eye. Upon returning to the shore, a fisherman told him that actually, the name is due to a Zambezi shark which resided in the area and “when it rolls over on its side to bite, all you see is one eye.” Noah built on this story of perspective; how one wave can be interpreted differently by two people of separate walks of life. The chapter of the book containing the story is called “A Final Perspective”: A contradiction in terms. “There is no finality, only continuance.” 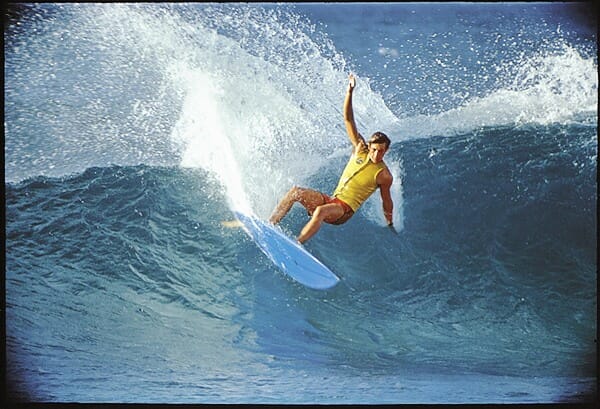