TV Santa Barbara announces the addition of six new members to the Board of Directors and the appointment of Meighann Helene as Board Chair.

In addition, TVSB announces the appointment of Meighann Helene as Board Chair. These six new board members along with Meighann join Tracy Beard, Vice Chair, Michael Mongold, Secretary, Dean Nobel and Teri Jori as stewards of the community-minded non-profit organization.

“We are thrilled to have such an esteemed group of board members come together at this exciting time when community media is more important than ever,” said Erik Davis, Executive Director of TV Santa Barbara. “The new and returning board members bring a wealth of media and television experience and we are excited for the future TV Santa Barbara.”

Laura Treat is the Curator of Moving Image Collections at the University of California Santa Barbara Library. Treat has devoted her career to preserving and providing access to regional media including local television.

Regina Ruiz is the Vice President of Development and Marketing at St. Vincent’s, the longest, continually operating nonprofit social service agency in Santa Barbara. She is also an accomplished broadcast journalist. Prior to joining St. Vincent’s Ruiz anchored and reported at top-market television stations across the country for more than a decade.

Courtney Frazer previously served at the Director of Advancement for TVSB and brings a strong background in creating local partnerships and developing youth-based programs. She currently works as a field marketing manager and helps produce Apples to Zucchini Cooking Classes aimed at teaching children to cook healthy meals.

With a degree in Communications, Don Katich has an extensive background in advertising and marketing following many years working in local media producing, managing thousands of commercial campaigns promoting local businesses and non-profits. He is currently a successful Real Estate Agent at Village Properties.

Gary Dobbins co-founded the Coastal View News, Carpinteria Valley’s only local weekly printed and online newspaper as well as Carpinteria Magazine, a regional lifestyle publication. Dobbins has served as an advisory board member at TVSB for over two decades.

Rebecca Brand hosts and produces TV shows and digital videos for TVSB and for many active social media platforms. She has been recognized as one of the top hired YouTube influencers in the world. Brand also owns and operates Rebecca Brand Productions MEDIA, a local production company.

Meighann Helene has served on the Board since 2015, previously holding the role of Treasurer. An internationally recognized video producer and current Artist in Residence at the Santa Barbara Center for Art, Science and Technology, Helene works for the IBM Data Science and AI Elite team and has a long track record supporting STEAM in the community, also currently serving as Fishbon’s Board Treasurer.

“We are very excited to welcome this awe-inspiring group of talented individuals with long-track records of success in media, technology, and the arts,” said Meighann Helene, Board Chair of TV Santa Barbara. “As we expand our impact in the community through new initiatives and programs, we hope we can truly empower Santa Barbara to make media that matters.” 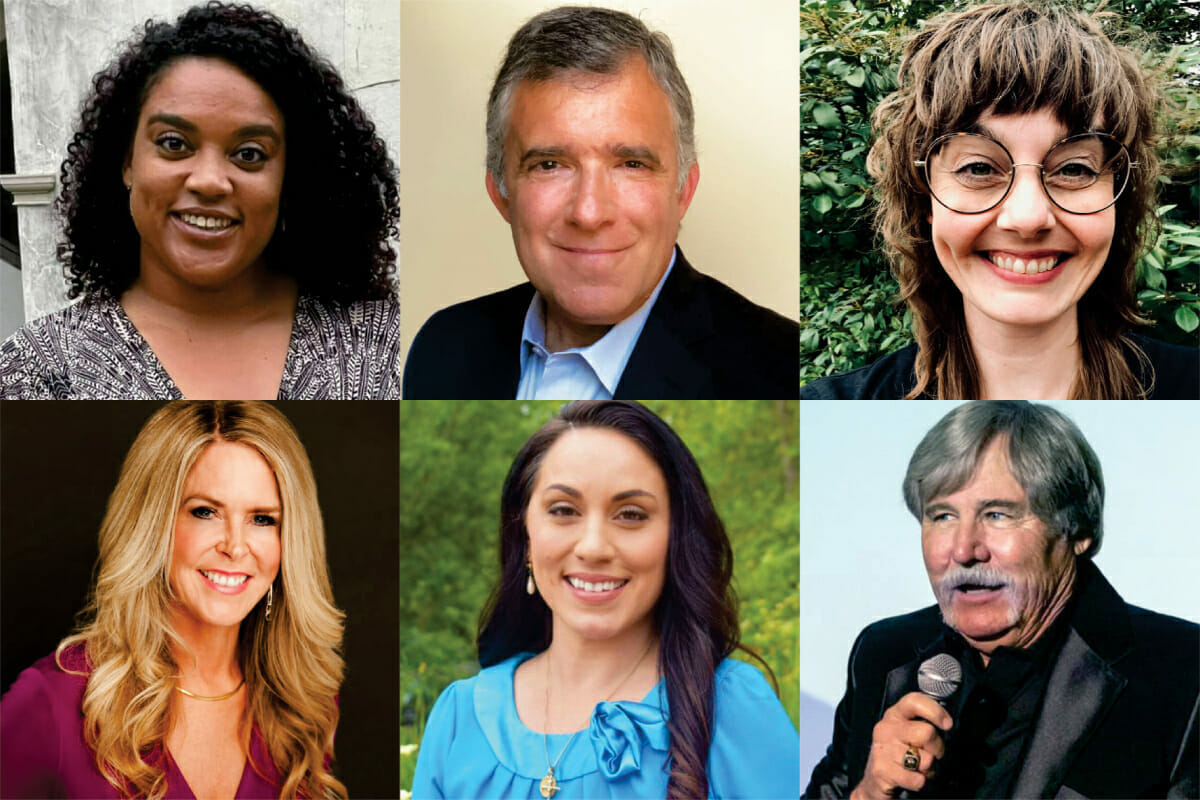