Please Help Us Save an Endowment for Local Community Access Television. 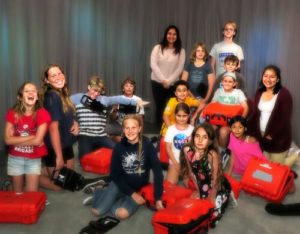 Public and education access has been a part of the fabric of our Santa Barbara community since 1974. On behalf of this community and the people who use the station to share their voices and make media that matters, TVSB chose to intervene in an effort to: stop the petition, uphold the endowment and ensure proper stewardship of the funds. However, the time and legal fees have been a distraction to our mission and TVSB needs your financial support to help save an endowment and secure a bright future.

Please support our local community access station with a tax-deductible gift today. TV Santa Barbara is a 501c3 Organization. To make a donation, use the secure blue button below or mail a check to TV Santa Barbara, 329 South Salinas St, Santa Barbara, CA 93103. Thank you!

Stay Connected to Our Community