TV Santa Barbara Welcomes Creative Community Back Into the Studio

Will Van Gelder|Posted On September 20, 2022|Uncategorized

TV Santa Barbara was very happy to welcome back host David
Starkey and his show Creative Community, to Studio A after a two and a
half year Covid hiatus.  David invites local artists onto the show to
discuss their art work and showcase some of the best creative minds in
Santa Barbara.

During this week’s taping David sat down with local visual artist
Nadya Brown and poet Chryss Yost. They discussed how they get
inspiration as well as upcoming events in the art world of Santa
Barbara.  When asked about being back on the air David said “For
something like twenty years, The Creative Community has been a place
for creative people of every sort—from painters to poets, sculptors to
ceramicists, printmakers to musicians, filmmakers to photographers,
and on, and on—to discuss their art. The recipient of several national
awards, the show focuses on South Coast creatives, especially those
living in and around Santa Barbara. Creative Community 2.0, begun
after a hiatus, had been in operation for less than a year when the
pandemic struck. Two and a half years later, there’s a great need for
people to come together to discuss and share their work. I couldn’t be
more thrilled to see The Creative Community returning to TVSB, and its
sister station, CAPS TV.”

We are also thrilled to have David back in the studio! Keep an eye out
for these episodes to premier on our channels and our Youtube channel
in the next few weeks! 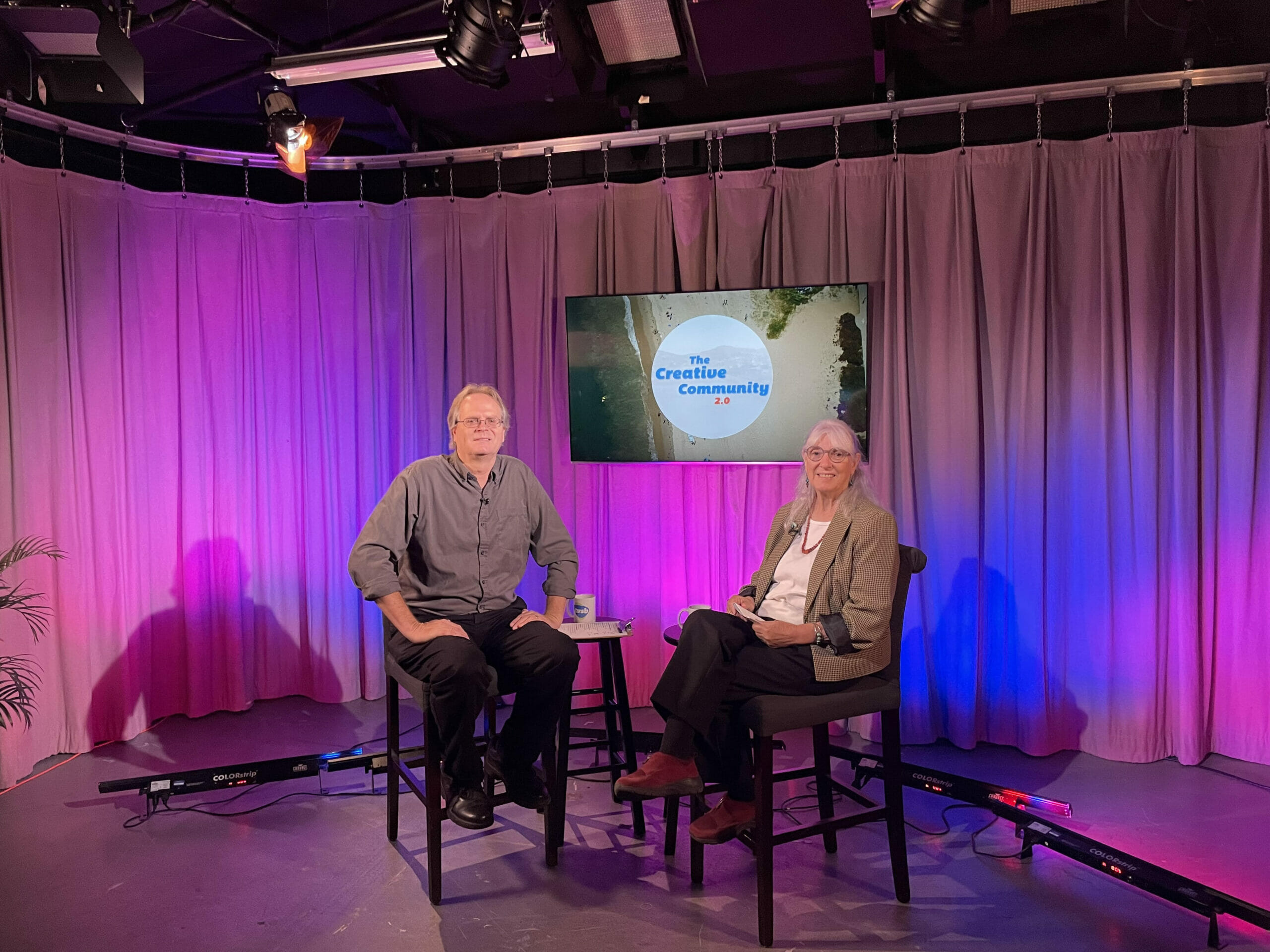