TV Santa Barbara (TVSB), the region’s community media access center since 1975, is seeking to collect and preserve some broadcast and television footage from the station’s nearly 50-year history.

“As TV Santa Barbara approaches its 50th-year anniversary, the station is working to locate some of the great material broadcast over the last several decades,” said Laura Treat, TVSB board member and media archivist. “This project is an important first step toward preserving the station’s history.”

TV Santa Barbara has started collecting video footage from past members and producers of community access television including DVDs, digital files, VHS, and Betacam videotapes. If you have media that aired on community television in Santa Barbara over the last five decades, please email, info@tvsb.tv or call, (805) 571-1721 to coordinate pickup, digitization and preservation.

“In addition to preserving the history of the station, we also want to share and rebroadcast many of the community stories that have been told from the beginning of community television in Santa Barbara,” said Erik Davis, Executive Director of TVSB. “We have archived a lot of the contemporary content and are really focused on material broadcast from 1975 to 1999.”

Photo Caption: Dr. Opal Dailey pictured with old show tapes of her program which aired on community television from 1990 to 1998. 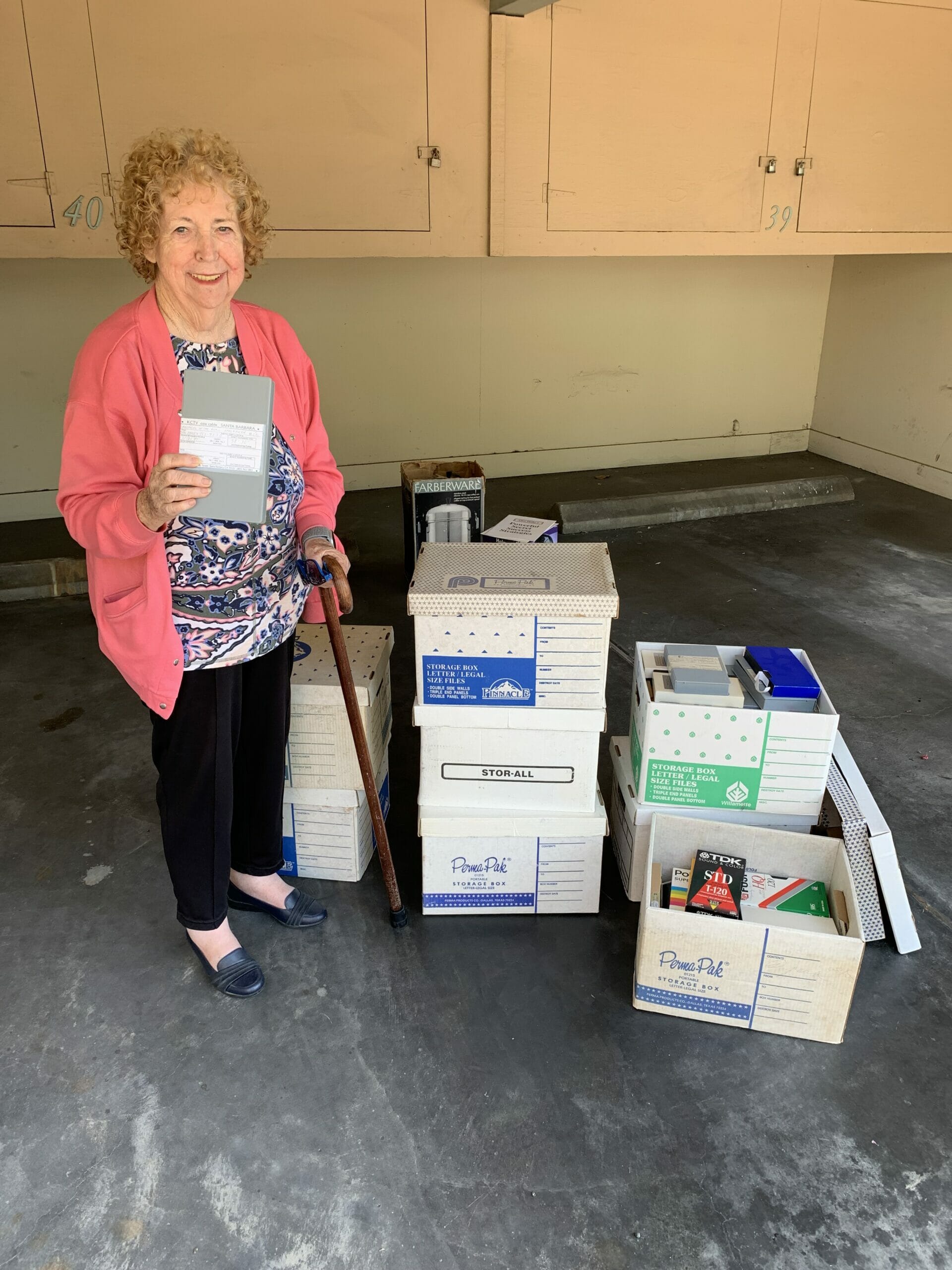